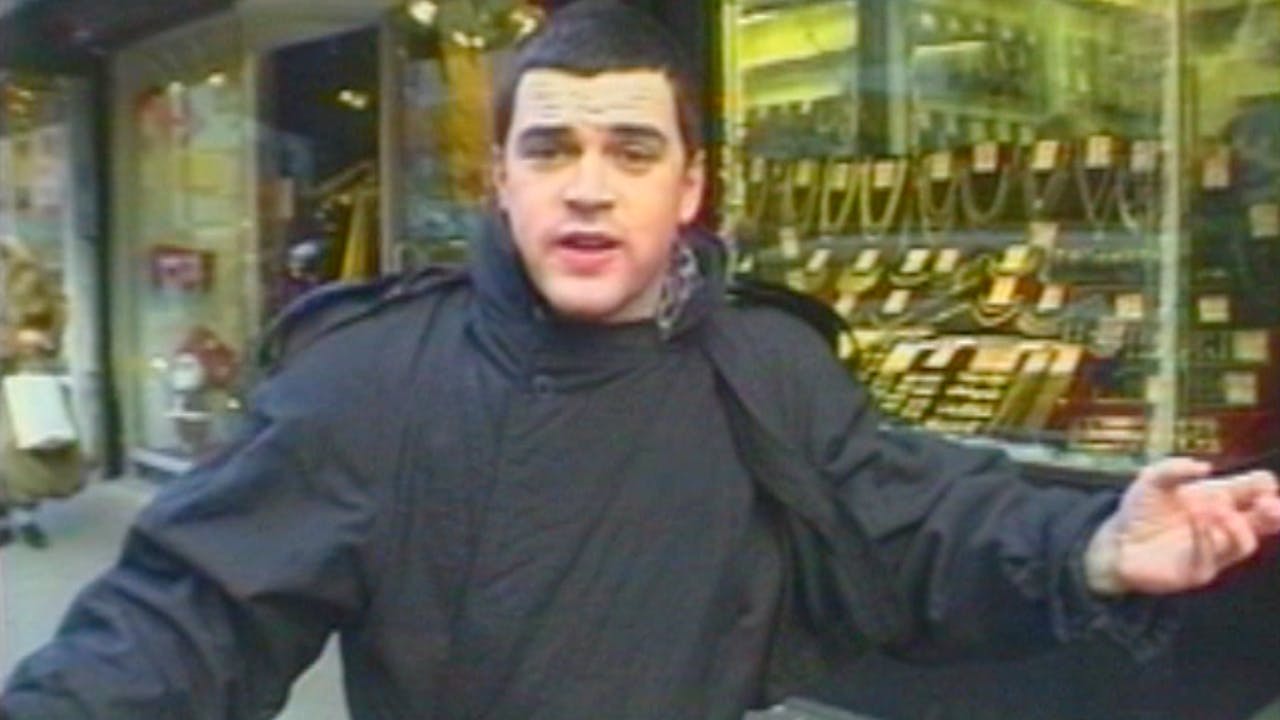 Over the course of more than a year beginning in 1989, Todd Alcott performed eleven short monologues that he had previously written, each in one clip with no cuts, and almost always only one take, particularly when they were recorded in public.

Todd has gone on to be a Hollywood screenwriter, including for feature films that have actually been produced and you might have seen, like "Antz," and a script analyst, with a website subtitled "What Does the Protaganist Want."

In these eleven shorts, the young Alcott shows himself as a precise, effective writer and performer, who captures and conveys a variety of compelling, eccentric characters, each powerfully, indelibly, and some frighteningly, in just a few minutes.

Recorded and directed by Skip Blumberg, as a single-person Hi-8 video crew, they were performed one, two or three monologues at a time in his Tribeca loft with minimal artificial movie lighting, or on location at the Odeon Restaurant, in City Hall Park, in front of the Stock Exchange and other lower Manhattan locations. They aired nationally as segments in the experimental late night PBS magazine series "The 90s 1989 - 1992, with "Living in Flames" in the PBS series "Alive TV" episode "Words on Fire.".